What is Fuel Poverty?

It is a common misconception that when we talk about ‘fuel poverty’ we are talking about people who can’t afford to heat their homes or pay their energy bills. Yes, it is true that this is the reality for many, and in Bradford, it is considered that in more than one in every ten homes people have to seriously consider what they can do without (often food) if they are to keep warm. The other reality is that cold kills and that it is our vulnerable elderly who often suffer most as a result.

The definition states that a household is said to be in fuel poverty if: “They have required fuel costs that are above average (the national median level) and were they to spend that amount they would be left with a residual income below the official poverty line.”

Key factors that often contribute to fuel poverty are:

For more information about what is being done to help fight against fuel poverty here in Bradford see: https://www.bradford.gov.uk/environment/climate-change/fuel-poverty/ 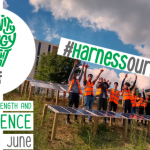