This report provides a summary of the UK weather and climate through the calendar year 2020, alongside the historical context for a number of essential climate variables. This is the seventh in a series of annual ‘State of the UK climate’ publications and an update to the 2019 report (Kendon et al., 2020). It provides an accessible, authoritative and up-to-date assessment of UK climate trends, variations and extremes based on the most up to date observational datasets of climate quality.

The majority of this report is based on observations of temperature, precipitation, sunshine and wind speed from the UK land weather station network as managed by the Met Office and a number of key partners and co-operating volunteers. The observations are carefully managed such that they conform to current best practice observational standards as defined by the World Meteorological Organization (WMO). The observations also pass through a range of quality assurance procedures at the Met Office before application for climate monitoring. Time series of near-coast sea-surface temperature and sea-level are also presented and in addition a short section on phenology which provides dates of first leaf and bare tree indicators for four common shrub or tree species.

National and regional statistics in this report are from the HadUK-Grid dataset which is the principal source of data (Hollis et al., 2019). Temperature and rainfall series from this dataset extend back to 1884 and 1862, respectively. Details of the datasets used throughout this report and how the various series which are presented are derived are provided in the appendices.

Throughout the report’s text the terms “above normal” and “above average” and so on refer to the 1981–2010 baseline reference period unless otherwise stated. The majority of maps in this report show the year 2020 relative to the 1981–2010 reference period—that is, they are anomaly maps which show the spatial variation in this difference from average. Maps of actual values are in most cases not displayed because these are dominated by the underlying climatology, which for this report is of a lesser interest than the year-to-year variability. These data are presented to show what has happened in recent years, not necessarily what is expected to happen in a changing climate.

Values quoted in tables throughout this report are rounded, but where the difference between two such values is quoted in the text (e.g., comparing the most recent decade with 1981–2010), this difference is calculated from the original unrounded values.

We would welcome suggestions or recommendations for future annual publications of this report. Please send any feedback to the Met Office at ncic@metoffice.gov.uk

This State of the UK Climate report was supported by the Met Office Hadley Centre Climate Programme funded by BEIS and Defra. 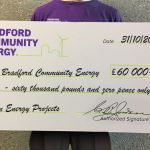 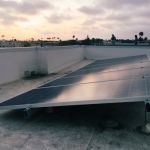